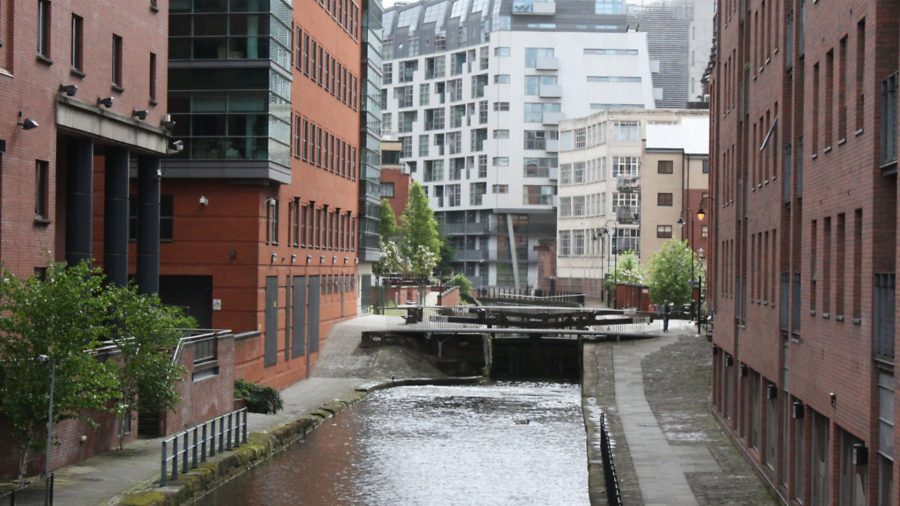 ‘Lads are always going to do things they shouldn’t do, but you’ve got to try and help them protect themselves’

It was heartbreaking watching news reports of the funeral of 19-year-old Charlie Pope, whose lifeless body was pulled from the Rochdale canal in the heart of Manchester recently.

Can there be anything more agonising for a parent, anything closer to a nightmare, than sending your lad off to university, full of hope and expectation for the future, only for him to finish up drowned in a canal a year later?

His father Nick did a moving interview on film with his local paper in Newcastle in which his anguish was evident beneath the quiet dignity he displayed. I could have wept for him and the other 80-odd people who are said to have died in Manchester’s canals over the last ten years.

Within days of Charlie’s death an online petition had been launched calling for permanent barriers to be put around all Manchester’s canals. So far, more than 50,000 people have signed and 25,000 more are expected to add their names before the petition closes. Make no mistake: there is a lot of latent anger in Manchester at a death toll which – even if the figures are exaggerated – is running unacceptably out of control.

But the Canal and River Trust should be cautious of a knee-jerk response. At its core this is a problem that stems from the current, relatively recent popularity of canals in urban areas, and the growth in waterside entertainment venues. And at the moment there’s no easy solution as to how people and waterways can safely coexist. In fact, the only thing that can be said with any confidence is that barriers aren’t the solution.

I’ve cruised the Rochdale Canal a number of times, and walked it many more, both when I lived in Manchester years ago and more recently when we moored in Castlefields Basin for a few weeks a year or two back. I’ve seen people walking across the top of railings of existing towpath barriers, using them as tightropes. I’ve seen them walking along the towpath on the outside of the railings too, demonstrating their bravado by using the railings as fulcrum points to swing themselves along. But then I’ve seen other things around the cut too in Manchester, things which would make your hair curl. I’ve witnessed people crossing lock gates when frankly, they were in no state to cross a living room carpet; and I’ve even seen them getting from one side of the canal to the other using the underside of bridges, swinging Tarzan-like from stanchion to stanchion. Believe me, there’s no accounting for some of the idiocy I’ve seen along the towpath in Manchester. And most of it is to do with alcohol.

And this, of course, is why the towpath along Canal Street poses a unique problem. Short and narrow though it is, it’s not just a cut-through to other parts of town; it’s also the access point to one of the biggest concentrations of bars and clubs in the country. With the weight of crowds using it, the towpath here is sometimes virtually impassable even during the day when the worst anyone’s drunk is an espresso. At night, the wonder is not that so many of those staggering along it drunk fall in the canal and drown, but that far more don’t.

There’s been no inquest into Charlie Pope’s death yet, so even though one of the last sightings of him alive was at the Zombie Shack – a bar that describes itself as ‘a cocktail Paradise in the heart of Manchester’ – it would be precipitous to jump to any conclusions. But whatever happened that night, you can understand why Charlie’s father thinks that if there had been a barrier, Charlie – and many others – might still be alive. “Lads are always going to do things they shouldn’t do, but you’ve got to try and help them protect themselves,” he said.

Unfortunately it’s not that simple. Protecting people from themselves on canals involves substantial cost, and the destruction of what is a unique urban environment. And is that the most efficient use of resources, when far more young people kill themselves on the roads than the waterways?

So let me make a radical suggestion to those agitating for barriers. Why cut people off from the waterways by obstacles than can anyhow be easily surmounted by those too drunk to know better. If you really want to save lives, let’s do it the other way round: let’s cut off the waterways from people. Let’s install gates on the towpath along Canal Street and ensure that they are locked after dark.

Award-winning current affairs TV producer, journalist and author who has been a boat owner for nearly 40 years