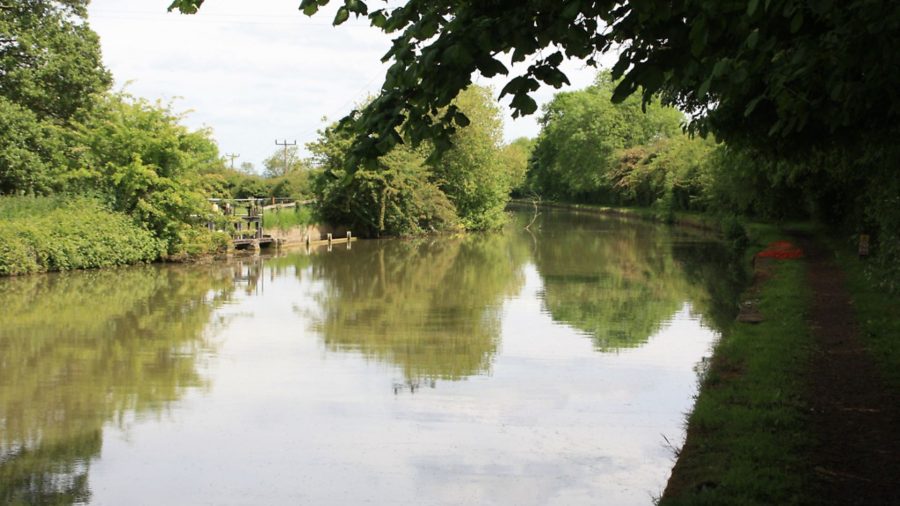 Strictly speaking it isn’t a restoration, it’s a revival of an old idea. Could new housing developments and regeneration plans finally bring a canal to Daventry after two centuries?

When it comes to canals, Daventry was the town that missed out. Even though it was one of the first towns proposed to be served by a branch linking it to the Grand Junction Canal (as the southern part of the Grand Union was then known), it looks like being one of last to be without a connection – or perhaps not…

As the great main line from the Thames at Brentford to the Oxford Canal at Braunston was being laid out in the early 1790s, its supporters were anxious to ensure that as well as its London-Midlands trunk route function, it would serve as many towns along the route as possible. So in addition to the Daventry, Northampton, Watford and Old Stratford branches already planned, they surveyed possible arms to Wendover, Buckingham (an extension of the Old Stratford arm), Aylesbury, Newport Pagnell, Chesham, Dunstable, St Albans and Hemel Hempstead.

Of these dozen arms, the last four were soon dropped; the Newport Pagnell was eventually built by an independent company; the remainder were built by the Grand Junction Company – except for those to Watford and Daventry.

Why not? Well, a large part of the arm’s purpose would have been to supply the canal’s Braunston to Buckby summit with water – but in 1803 a reservoir was built instead, and Daventry wasn’t important enough to justify the cost of building an arm without this extra function.

Daventry never got its canal. Other arms came and went – the Paddington and Slough arms were added; the Buckingham and Wendover were abandoned (albeit both are now under restoration); the Northampton and Aylesbury (just) survived; the Newport Pagnell was converted into a railway. But Daventry remained canal-free.

So, you might ask, if it wasn’t possible to justify building a Daventry Arm in the Canal Mania years of the late 18th Century, how is it possible to justify building one today? Because that’s exactly what the Daventry Canal Association and its predecessors have been proposing since the early 2000s. And if you’ve been following their progress from a distance, you might think that would be a difficult question to answer. Precious little practical progress has been achieved on the ground, and the local news stories are full of political fights between the town and district councils over whether it should be built at all, with reports of placard-waving locals taking to the streets in an anti-canal demo.

But speak to the Canal Association’s Chairman Dean Hawkey, and you get a different story, and a much more optimistic one (always assuming you’re on the side of those who want to see the arm built).

As regards the justification for building it, the Association believes that it could bring long-term commercial and cultural vitality to the town, attract more visitors, generate extra employment in the ‘canal quarter’ which is envisaged surrounding the canal’s terminus, generally just add a certain ‘something’ to the character of a town which has no natural water features, and be an attractive and useful new destination for boaters – Dean Hawkey calls it “the first new ‘destination’ waterway”, as opposed to new navigations such as the Ribble Link and Fens Link whose main aim is to connect existing canals or rivers.

As mentioned earlier, not everyone sees it that way. In particular the Town Council opposes the plans, saying that the canal would take up valuable agricultural land; that there wouldn’t be an adequate water supply; that there will be loss of natural habitats; that footpaths and access to the existing country park will be blocked; that the new locks and bridges will be ‘obtrusive’ (and that based on past experience, it will take a century or more for them to mature and start to look attractive); that it could encourage vermin or invasive species; that even if it does succeed in attracting more visitors to Daventry, there are no plans to improve the roads or other infrastructure to cope; and that the considerable cost will fall largely upon local council tax payers.

Do they have a point? Dean Hawkey feels that it’s more of a party political dispute – the Conservative-controlled District Council and largely Labour-supporting Town Council feel duty-bound to oppose each other; in this case it’s the Tories who are for it and Labour against, but it could equally have been the other way round. And more to the point, it’s the District Council that’s the planning authority – and earlier this year it gave approval to the scheme.

But while many readers may look at canals elsewhere and dismiss at least some of the above objections as specious, the final one regarding the cost might be worth considering. How exactly do the District Council and the Canal Association propose to pay for it? To get a feel for how much it might cost and where the cash might come from, let’s take a trip along the route.

The proposed junction with the Main Line is about three quarters of a mile east of Braunston Tunnel: if you want to find it for yourself, it’s near where a power line spans the canal, and just east of where a gap in the towpath hedge leads to a sluice structure related to the reservoir and its connecting feeder.

There’s currently no public access to the first half mile of the route, but from the towpath you can perhaps picture it meandering gently south westwards across the fields, climbing through two locks from the junction, then a further four as it approaches the reservoir. At one time a boat lift was proposed as an alternative to locks, but the canal’s supporters now feel that the expense of keeper operation (especially at quiet times of year) means that conventional locks would be preferable – even though they would need backpumps to provide a water supply. Incidentally the locks and channel are planned to be narrow-beam, to reduce the amount of excavation (and therefore the cost).

The next mile of the route is much easier to see: it follows the east and south sides of Daventry Reservoir, whose wooded surroundings form the country park mentioned above. Footpaths lead from the dam along the shore of the lake, and at many points there are gaps in the hedge which open into the adjacent fields: at the time of our visit, a mown strip along the edge of the fields gave a good indication of the proposed canal’s route.

Leaving the reservoir behind and approaching the roundabout where the A425 and B4036 roads meet, we reach the site for a terminus basin not far from the town centre which marks the end of the section for which planning permission has been granted. But as a second phase, the aim is for it to continue through a navigable culvert under the A425 (already built several years ago as part of road works, and currently a pedestrian underpass) to the site of a proposed major urban development. The 14-acre site, currently a playing field, is earmarked for the WaterSpace regeneration, which would see new housing, offices, a health centre, a hotel, restaurants and bars – with the final half-mile of canal including two basins as its centrepiece.

Note that on the whole route we’ve only crossed one road (and that one’s already got a bridge) – which should keep the cost down – and also that it should be possible for the WaterSpace scheme’s developers to fund the final length as part of a planning agreement. But that still leaves a mile and a half of channel, six locks, and several footpath and farm crossings to pay for – at a current estimate of £22m.

So where will it come from? Earlier we described how the route passes through agricultural land as it climbs the locks and skirts the country park. To lovers of rural landscapes it will not come as good news that a large proportion of this land is scheduled for housing development; however for canal supporters it provides a real chance of paying for construction. That £22m might sound a lot, but it isn’t such a huge sum compared to the price of 4000 new homes.

Given the often-quoted figures of 10-20 percent uplift on house prices that a waterside site might generate, plus the District Council’s position as the planning authority, not to mention the option to replace the unsightly overhead power lines mentioned above with cables buried under the towpath, it should be possible to ensure that much of the canal gets built by the housing developers – as has happened, for example, with the new length of the Wilts & Berks Canal built as part of the Wichelstowe developments in south Swindon.

If it does happen (and Dean is really quite confident that it will), then it could happen very quickly (at least by canal reopening standards). The first housing schemes have already got planning permission – which expires. So work on the houses must start by 2020, and Dean believes that the District Council will want to see work begin on the canal at the same time (otherwise the canal’s permission will expire too). And once it starts, construction might take no more than two years.

So will we really cruise into Daventry in 2022? Dean believes that it would take something drastic to stop it. For example some of the opponents of Brexit have been predicting that it will lead to a deep recession, which would hit housing construction (in the same way that the post-2008 economic downturn did, which was one reason that the Daventry canal scheme had gone quiet for a few years until recently). But it would have to happen very soon.

Barring that, perhaps Daventry will get the canal that it was promised – just 230 years late…