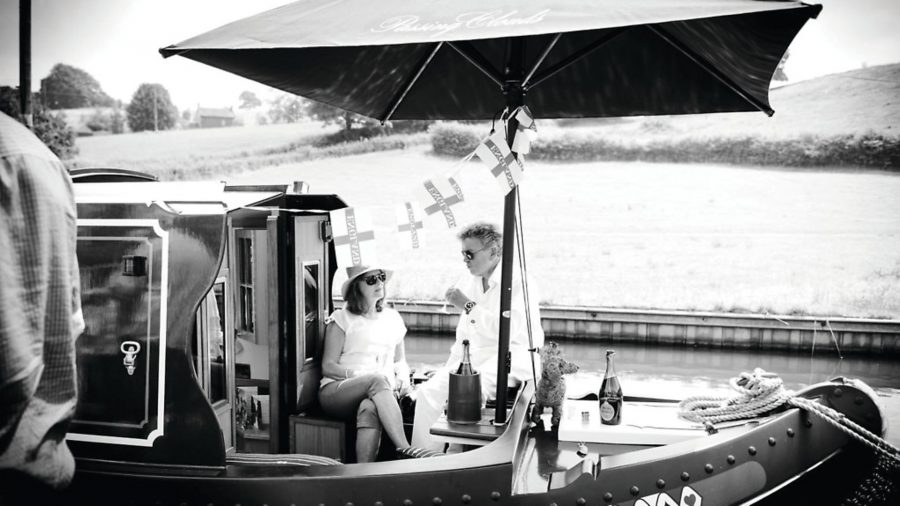 If there is one thing that the passage of time teaches us, and that is, it’s that is a finite commodity. Having disappeared off to Australia with my wife Ali in 1989 on a two-year working holiday, suddenly I found that I had lived half my life in a foreign country, separated from most of the things held dear – family, friends, the English countryside and a decent pint.

We yearned for a small cottage in an English country village with a green and a pub, as a bolthole when back in the UK. However, so do so many others and so it was clear that such an idyll was not really pragmatic. A key aspect, apart from the cost, was the fact that one would then feel duty bound to stay in it as and when one came over, a kind of prisoner in one’s own second home. Consequently, the idea of a floating asset (read liability) started to ferment. I guess the seed was sown whilst at Southampton University, when a group of about 10 of us chartered two boats in the middle of March on the Llangollen Canal, back in the early Eighties.

The snow was thick on the ground and it was bitter but we had the canals to ourselves and the landlords of every pub welcomed us with open arms as the first signs of a new season’s trade; rare for students to get such a warm welcome.

Having always loved the water, but boats in particular, it all kind of made sense. I was a very average sailor when it came to racing but by sheer luck rather than ability got to sail on some great yachts, both Royal Ocean Racing Club races and then in Australia, in Bass Strait.

Possibly six years in the Royal Navy after university conned people into thinking I knew what I was doing, but looks can be deceptive.

Over the years I developed something of a reputation for putting yachts aground, so it was probably very fitting that the first boat I should own would be made of steel, have a flat bottom, large fenders at either end and not be capable of speeds in excess of 3mph – a man’s got to know his limitations!

Even then I managed to pull the rudder off the pintle when negotiating the lower of the double lock at the start of the Caldon – most sills are around 300mm but it is closer to a metre, so, you see what I mean?

I was to spend a year or so looking at secondhand craft before suddenly reaching the conclusion that I was simply not going to find a craft with all the features I wanted so, why not build?

Knowing nothing, I ploughed through magazines and websites until one day in May 2014, I came across Narrowboats of Distinction and instinctively knew that this was who I wanted to use. I entered into a long distance correspondence course with James Blackburn with the occasional catch-up.

The deal was sealed and in July 2018 Passing Clouds hit the water.

So, the project had a long gestation period. I also had a long list of desires as I wanted a craft that felt homely and light, as many narrowboats being long, thin and very wooden feel like the inside of a coffin, very morbid and drear! I was keen that it should feel both open but cosy and so have zones and these could be separated. A C bulkhead, which enclosed a curtain to separate the saloon from the dinette, was a key feature and a stove centrally located. I also wanted a comfortable sofa as cannot abide the ‘his and her’ swivel seats that seem so popular.

The galley flips the passage side from port to starboard which assists in the zoning. One of the biggest decisions was what type of toilet to go with as I sensed that if we went with a holding tank I would be the one who would arrive to find it blocked and have to clear it. The cassette seemed the best bet over composting, mainly because it was going to be much less confusing when family and friends used the craft.

With the saloon forward it meant that the main cabin is aft and so I wanted a utility area with a desk for working but also a sink, kettle and fridge to make it easy to make cuppas or G&Ts without a trip to the galley. This area also houses the washing machine and provides a zone for transitioning from wet clothes when raining.

Externally, the main features that I wanted were a sliding hatch forward to allow in more of the outside on a good day but also to save my already bruised and battered head. I also have an aversion to cratch covers, hoods and canopies, despite their practicality.

So, two market umbrellas were sourced in Melbourne to add some shade and rain protection, although I am sure somebody will attempt a bridge with them up one day, just hope it’s not me. The other demand was to have cockpit lockers that are deep enough and open out to take a folding bike.

The build took almost exactly a year and we were incredibly fortunate that James’ preferred hull builder was in a serious back order situation at the time and so he commissioned XR&D to build the hull. Garry and Lee were an absolute delight to work with and listened and incorporated all my wants whilst gently persuading me against some of my more ill-conceived suggestions. I could not be happier with the quality of the build and, for what it’s worth, the final build cost was a lot less than an iconic village green cottage and much more flexible. This is testament to the value of working with a small, hands-on operator like Narrowboats of Distinction.

The main things then were, where to moor her and where to christen her? Google Earth proved a huge help for both in finding a marina on the Macclesfield (Heritage at Scholar Green) and also a perfect canalside pub to christen (The Hollybush Inn near Leek on the Caldon).

The names that people give their craft are normally an insight into their personality, be it a play on words, a mix of the children’s names or some place, band or song of significance to them, for instance. Passing Clouds is, in fact, a small boutique winery not so far from our home in Central Victoria, so, not so sure what that says about me? They make some exceedingly fine reds however the name has always spoken to me at a deeper level. I guess in many ways that we are all but passing clouds, we come from the Earth and return to the Earth and, for a short span of time scud across its skies in our many varied forms.

I took the liberty of putting the emblems for the four suits of playing cards on the boat’s bow and Ali was vociferous in her dislike of this. She said that it made us look like players or gamblers, to which at the christening I told her that we all are – in the game of life. None of us ask to play the game but we find ourselves here, are taught the rudiments of the rules by our parents and then have to play the hand that we are all dealt to the best of our abilities. And yes, we have to take many gambles along the way, not least in the partner with which we chose to play this game called “life”. Fortunately she hasn’t discarded me – yet.

So, I see Passing Clouds as the perfect vehicle to ferry us both in our twilight years towards the slowly, setting sun – via as many pubs as possible, that’s the aim.