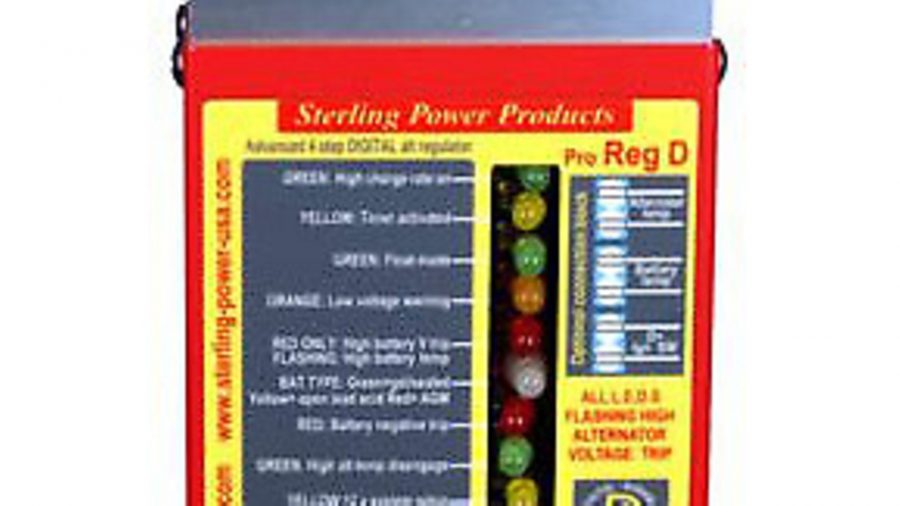 A selection of reader questions on all things electrical.

Q: I have just installed a 800w 12v to 220v AC inverter, I also have an external 240vac plug on the side on my boat. I have wired the inverter to the main 220v AC from the external plug and then this output powers my fridge, TV etc. I was after either a diode or an automatic switch or relay to disconnect my inverter from the outside 220v AC plug when I have plugged it into mains power. I’m not sure what would happen to the inverter if I had 220v AC mains power back feeding into the inverter?

A: The most likely answer is that you get a big bill for new equipment. Diodes will not work in the way you want on AC. Automatic electronic change over devices are available but I cannot recommend any particular make because I do not use them. You can also get two- or three-way heavy-duty switches for this task.

However, the simplest way is probably to equip the inverter output with the same type of plug that you have on the shoreline and simply change the plugs over in the boat’s socket. As long as you get the wiring right it’s virtually impossible to get the shoreline and inverter connected together. If you do not want to go ‘outside’ to make the connection you can use suitable plug(s) and socket(s) inside the boat.

I notice you make no mention of a residual current device (RCD) on your boat. I hope you have one and that it is correctly installed because this is what protects you from mains electrocution (wherever the 220v comes from). I also trust that you have ensured the hull earth bond is correct so you do not electrocute people stepping on or off the boat or who are in the water and touch the boat under mains fault conditions.

Finally, I must advise that you employ a competent person for all mains electrical work.

Q. I have a narrowboat running a 2200 Barrus Shire engine and two alternators with a starter battery and a bank of leisure batteries. I also use a Sterling Alternator Controller. Usually, when I turn on the engine, the voltmeter goes up to 13-14 volts and stays there. This morning it was just below 12 volts and stayed there. I tested the start battery and it needed replacing, which I did. The volt gauge then only went to just over 12 volts and stayed there. My Sterling Inverter indicated that the leisure batteries were being charged up to 14.7 volts. Any suggestions as to my next course of action?

A. You say you tested the starting battery. A very flat battery would give a faulty reading on a voltmeter so, if you still have it and you did use a voltmeter, a good charge at home might be in order. Your two alternators are normally wired so that the smaller one charges the engine battery and thus spends most of its time doing nothing. If the domestic bank is getting 14.7 volts and the engine battery voltage is not rising when you start and rev the engine, one must conclude that the engine alternator is not charging. Check the smaller alternator’s drive belt to make sure it is still there and has about 10mm give, under finger pressure, in the centre of the longest run. Next check all the terminals are tight on the alternator.

Now follow the large cable(s) from the alternator back as far as you can, checking for loose/dirty connections, and broken cables. If all look OK the probability is that the alternator is faulty.

Turn off the engine master switch and do NOT turn it on again until the alternator has been re-fitted. Sketch the cable and terminal layout on the back of the alternator so you know where to put them back. Remove the alternator and either take it to your local alternator and starter repairman, or buy an exchange unit at a motor factory.

It is very possible that the alternator may not have been charging for some time and the engine battery has simply gone flat. However if the battery really was faulty and had developed an open circuit whilst being charged it may have damaged the alternator.

Note: if a battery supplying a charge warning lamp is very discharged it may be impossible to get that alternator to energise, so it appears to be faulty. In the above case the battery still showed 12v and that should be enough to energise the alternator. This is usually only a problem with twin alternator systems on the domestic alternator because a flat engine battery would require a jump-start, which would also energise a single alternator.

Q: I have a Freeman River Cruiser and am looking to fit an additional battery. This battery should ideally be reserved for domestic use only. I’ve read a couple of books on this but they seem to contradict each other. Please can you advise on an appropriate system?

A: There are three types of system that are suitable for your needs. The simplest (and old fashioned way) to install a new system would use a “1, 2, Both & Off” switch. However, such systems have significant drawbacks such as forgetting to operate the switch (resulting in depleting both batteries) and the distinct possibility of switching the alternator feed off while running which will damage the alternator.

As you’ll see from the diagrams, I always recommend main battery fusing and use of main busbars for connecting multiple loads and making the system “expandable”. You will also notice an “Always On” busbar that is connected directly to the domestic battery bank (via a fuse) to allow loads such as bilge pumps, stereo memory feeds etc to operate regardless of whether the battery switch is on or off.

For general distribution (eg cabin lights, instruments and navigation lights), you should install either a fused switch or circuit breaker panel. Quality panels are usually fitted with ‘onboard’ busbars to give a neat and tidy installation.