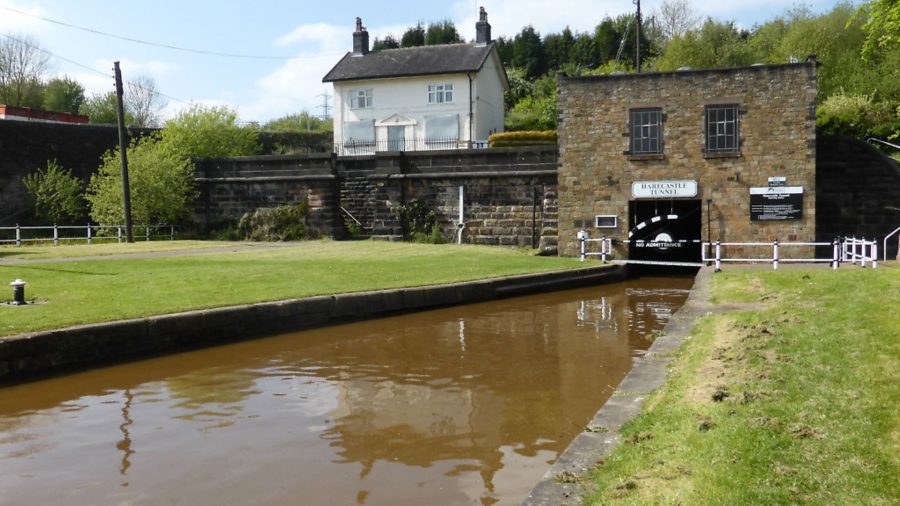 There are many potential terrors awaiting the novice narrowboater: maybe operating the locks single-handed; perhaps fast-flowing rivers and their weirs; in some cases merely manoeuvring the boat safely and steadily is enough to bring on a sweat.

My greatest concern as a cruising liveaboard, I’ve discovered, is running out of clean underpants.

Irritatingly, my boat is not equipped with a domestic laundry machine as the more modern craft are, and the portable twin-tub – which wasn’t that cheap now I come to think of it – has started leaking when it spins.

So it is that on my Grand Tour of 2017 I have needed to pay careful attention to the Aylesbury Canal Society’s “Laundry List” booklet, allied to information from my best friend Mr Google and his tremendous library of maps.

Barton Turns marina on the Trent and Mersey, I can confirm, has decent machines although as with so many of them you do end up having to shell out for double the drier tokens if you really want your clothes removed of all dampness. And no, I don’t want my smalls hanging out on the towpath for all to see; a drier really is the preferred option.

Conveniently there is also an unattended village laundrette at Kidsgrove a mere ten minutes walk from the canal. A few doors down, I was also obliged to discover, is quite a nice bakery who will happily present you with sufficient pound coins to operate said laundry if you are willing to buy a doughnut or two (which I am always happy to do). This laundry has driers big enough to crawl into though I do not recommend doing so.

This domestic bliss is all well and good (I hear you think) but what, if any, boating have I been up to this month?

Thanks for asking. I’ve chugged along up the Trent and Mersey through splendid little villages like Willington and Alrewas, the latter of which where – shock – people in the village say hello to you as you walk past while not on the towpath! Friendliness to strangers away from the canal? I’m not at all used to this, it made me jump.

While we’re mentioning English stereotypes, may I advise carrying not one but two sturdy umbrellas for the journey out of Alrewas? Both bottom gates on one of the locks insisted on swinging wide open when unattended and, being single handed on the boat, I was obliged to improvise gate props from my brollies in order to hold them shut until such time as I could let a little water in.

It’s been suggested I should simply have opened the top paddles to create a flow then run back to push the gates shut but I think such experimentation would have wasted water. Brollies do the job just fine, without waste, and replicate the “official” solution of metal poles seen at Aston lock earlier in the journey.

It was a great pleasure to arrive at Fradley about which I’d heard so much and seen so many pictures. Another classic canal location – tick! Should you ever go through here I recommend the lemon drizzle cake from the CRT cafe opposite the visitor moorings; delicious and sticky.

If I may quickly dip back into mundane matters for a moment, then I must give a mention to Rugeley which not only has Tesco and Morrisons supermarkets within easy stroll of the town centre moorings but also a cheap and cheerful barbers where I had my usual “clip it all off for under a tenner” makeover. Less impressive was the astonishing amount of litter floating by here; for a relatively small town, Rugeley certainly has a keen enthusiasm for dumping rubbish in the waterway.

The town of Stone was the next major urban environment and going through on a sunny Sunday it seemed most pleasant. Then up, mooring briefly at Barlaston before tackling Stoke on Trent with plenty of forum advice to get through it in one hit and not to stop until at least Etruria, maybe further still.

Oddly, despite all the precautions due to limited headroom at the impending Harecastle tunnel, there’s an inherent barrier to over-height boats getting there because of some extremely low bridges approaching the locks through Stoke. I swear with hindsight that one of them, a railway crossing I think, was even lower than the tunnel and the boat barely scraped through. Thank goodness for that haircut else it could have been the bridge underside that gave me a scalping.

Etruria, I felt, probably would have been safe enough to stop at (though in the sunshine so many places look delightful yet tales of night-time anarchy persist). Another boater assured me that the best spot prior to Harecastle is at Westport Lake a little further on and this was good advice; it’s a lovely spot, glorious in the sunshine but watch out for great sticky wads of goose poo on the moorings.

Incidentally, tucked away underneath the visitors’ centre is an elsan point and shower room which is not only unmarked on my Nicholson’s Guide but even ignored on the CRT’s own online mapping. Shhh, tell no-one; it’s clearly supposed to be a secret.

Like several other boaters, I was up at the crack of dawn (alright, 7:30am) and heading to the southern portal of Harecastle. In my case that’s because I wanted to get through, do the aforementioned laundry at Kidsgrove, then progress swiftly further on and away, due to Tales of Horror from boaters who’d moored at the north portal only to find bored and stupid locals using them for target practice, apparently.

After all the anticipation, the health and safety checks, the tunnel doors closing behind our convoy and the noise of the ventilation fans, the tunnel was surprisingly unscary. Indeed I’d go so far as to say it was very interesting though it really does get quite cramped in the middle.

I avoided banging off the walls and we all made decent progress, emerging in 35 minutes. I even spotted a terrifying (not really) skeleton seemingly trying to emerge from one of the tunnel crevices about two thirds of the way through.

After lugging my dirty clothes to and from the aforementioned local laundry – past a usefully-placed Tesco too – the endless locks of “Heartbreak Hill” follow. In the glorious sunshine and with no rush other than to get a decent distance away, this was a pleasure although I do have one minor grumble: nothing to tie the boat to when exiting the left-hand locks, so going back to shut the gates as a solo boater was made fractionally more awkward than it needs to be. There’s steps and paths and everything you need to return on that side but nothing to secure the boat while you do. Sod’s law says if you just leave it a hurricane will exercise its right under quantum physics to pop into existence from nowhere and push the boat to the middle of the canal…

Should you wish to observe the Harecastle passage not to mention all my other boaty adventures, be sure to watch my video blogs at www.CruisingTheCut.co.uk, follow me on Twitter (@CruisingTheCut) and, of course, keep reading Canal Boat magazine.