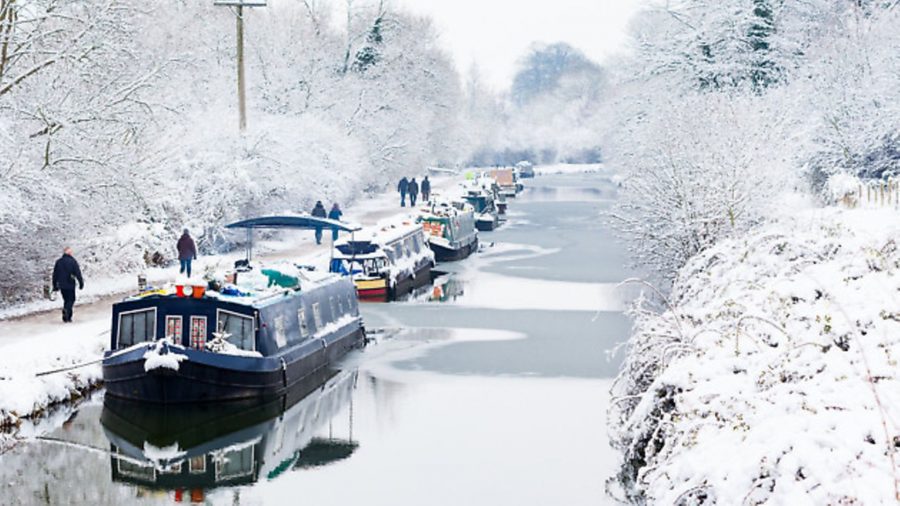 The nights are getting darker and the weather is getting colder and it is time to get that heating on. We answer some of your burning questions about heating systems on narrowboats.

A: The golden rule is never, ever add neat anti-freeze to a central heating system. I bet if you felt the bottom of the radiators there was a narrow hot band. Hot anti-freeze is denser (heavier) than cold water, so it stays in the bottom of the system and cannot rise up through the cold water. I am afraid that I must advise that you drain down the whole system (open the bleed valves on the radiators to let them drain down) and then refill with a pre-mixed solution of 50 per cent anti-freeze and water. Once you do that the whole system will be filled with a liquid of the same density so the hot stuff will rise to the top of the radiators. If that sounds like too much work, you could try venting each radiator in turn, whilst filling the header tank with a 50 per cent mixture until a suitable coloured mixture came out of each bleed valve. I think that would get very messy and rusty old central heating water stains badly. I am surprised that you did not mention gurgling and gushing sounds just before the header tank overflowed. I think that because the radiators could not ‘dump’ heat into the boat the water in the stove boiled so steam forced the water out of the header tank.

Q: I am attempting to fit a twin coil calorifier to my narrowboat which has a Lister LPWS3 Canal Star, keel cooled engine. I have purchased a calorifier connection kit from a Lister parts supplier but it came without fitting instructions. The main problem is I cannot locate a likely take-off point on the output side of the pump. The thermostat housing connects to the exhaust manifold via a short length of larger bore hose, at the other end of which there is the main hose to the skin tank and an 8mm hose to the expansion tank. The connection kit contains a Tee but this is not suitable for connection in a hose. There does seem to be a connection point on the return side, just before the pump intake that will take an elbow also supplied in the kit.

A: Would this Tee have one arm with a male thread (about half inch diameter), a female thread of similar size, plus a hose connection? If so, you remove the temperature sender and screw the T in its place. Then refit the temperature sender using the female thread.If the Tee is not fitted with a “bumpy” hose tail you might find that you have to buy one to screw into the other branch of the T. This is by far the most likely set-up if there are no blanking plugs on the cylinder head.

Not a lot of hot air

Q: I have an Eberspacher heater on my boat which blows out cold air. A local dealer said it will cost me over £100 for them to look at the heater. Can you suggest any basic tests I could do myself?

A: I understand that this make of heater use a microprocessor that requires specialist equipment to reset them. First check the fuel filter is not blocked and that there are no air leaks into the fuel pipe. The things tend to suffer badly from flat batteries.I would never try to start one with less than 12.5v at the batteries. Make sure that you have a good electrical supply by using a voltmeter (20v DC) to measure the voltage between battery negative and the glowplug, control box positive and any other positive connection on the heater unit. Expect at least 12.3v or more whilst trying to start it. Less that this indicates flat batteries, under size wiring or loose/dirty connections.Also use the meter to check the volt-drop between battery negative (earth) to the negative connections on the control box and heater body. Expect no more that 0.5v at any point whilst trying to start the heater. If you have more than this you have undersized wiring or loose/dirty connections on the negative side. Remove the glowplug and test it by using jump leads and the battery.Make sure the exhaust is not blocked. If the exhaust gets fully or partially obstructed the unit may shut down because it has overheated.

Too hot to handle

Q: This is a follow up question about a central heating system that failed to work after filling with neat antifreeze and then topping up with pure water. We mixed the anti-freeze with the water before we put it back into the central heating system and it is working fine. The stove heats three radiators via an electric pump. One night when it wasn’t too cold I lit the stove but did not plug in the pump as I didn’t want the radiators on. The stove worked okay but water was pushed out of the expansion chamber. Is there a way to have the stove burning without putting the pump on?

A: Please never attempt this again. There is a real possibility that the boiler might blow up or split. You should really fit a thermostat to the upper stove boiler pipe to ensure that as soon as the stove starts to heat the water up the pump operates – whatever else you do!On a pumped system there is no other way in which to get rid of the heat from the water in the stove boiler, so it simply boils. The steam in the boiler forces water out of the boiler, pipes and up into the header tank. You are very lucky you were not showered in boiling rusty water and steam. All stove systems need a way of getting rid of heat in the water. You could try fitting valves on the radiators and turning them all off except one, often a heated towel rail, but you must still run the pump. If the problem is lack of electricity you could convert the whole system to gravity where the water circulates itself by convection, but the pipes and radiators will still get hot and you will need rather a lot of very large copper pipe.

Q: My boat has an Alde Comfort Gas heater/boiler (I hate it!) – approximately 18 years old. After cleaning out the unit and fitting a replacement thermocouple last week, I re-lit it and it backfired once – loudly and violently. It now works fine but leaks and has dropped about five litres of water into the bilge. The total capacity, I think, is about six litres. I’ve looked at the Hep2O connectors into and out of it and all seems okay, so I’m thinking that it’s either a hairline fracture somewhere or a weak spot that the backfire has turned into a pinhole leak in the boiler reservoir. Alde states not to use Radweld in the system. I can’t see why, having examined the operation of the unit and a cutaway diagram. My cynical brain thinks that Alde state this so it can sell you a new boiler at £800ish! Can you see a reason why Radweld would not work?

A: Radweld type products have been known to block radiator cores in the motor trade; they seem to produce scabs floating in the water. These may block the circulating pump. I think you can get central heating leak sealers from plumbers merchants. There may also be a question over how well the ‘plug’ they make resists very hot flue gases.If you can get the actual boiler assembly out, someone may weld a patch on it for you. However I have found Alde to be very helpful and spares are not as expensive as I had feared. I am sure it can supply a new heat exchanger for far less than £800. As this is a gas appliance that has already demonstrated improper ignition, it might be as well to get an Alde engineer to sort things out.Another consideration is that Alde has said it is stopping manufacture of the Comfort range soon (but promise spares available for 15 years). If you bodge your way along for a few years you may find you are forced into the new boiler and it could cost far more than a new boiler assembly now.