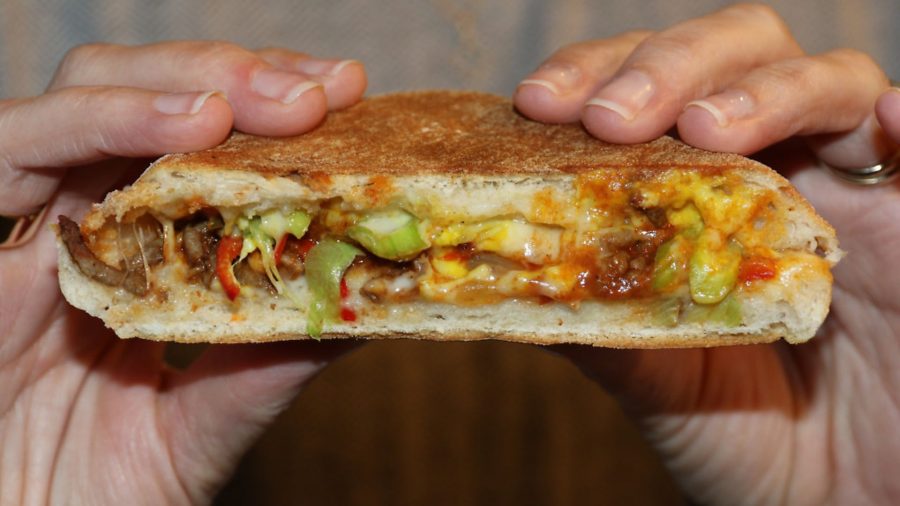 Quick and tasty food without the need for a kitchen? You need to take your toasty to the next level, writes Victoria Holtam

When I heard that the editor was without a kitchen at the moment, it brought back vivid flashbacks of our own kitchen upgrade. A 12-week winter marathon that saw us living out of an unheated utility room with a single induction hob and what was to prove our saviour – a Breville panini press.

This device is not to be confused with the traditional toasted sandwich maker I grew up with as a kid. That demanded thin square slices of bread and minuscule amounts of filling that burned the skin off your face as they burst open at the first bite! But the basics were there even so – oozy, melty cheese and crisp bread was a natural winner.

Modern sandwich presses are much more sophisticated. They allow you to use pretty much any type of bread and, thanks to a clever hinge, will cook almost any thickness of creation. The one we bought was a family-sized version and cost about £40. It has been in almost weekly use for the past three years!

The only limit is your imagination. Garlic bread – easy. A breakfast Scotch pancake creation stuffed with bananas and nutella? Less than three minutes. Quesadillas? Simple. We even created mini burgers by smooshing down a pack of meatballs between the hotplates and griddling them to juicy perfection.

But that classic combo of toasted bread and gooey cheese is where it is at and, for me, the secret to a good toastie is quality bread – you want a nice crust to form on the outside but decent give in the middle. Ciabatta is excellent for this, as is a sourdough. But ‘normal’ sliced bread works just fine – butter the outside surface for added crispiness.

A smear of red pesto top and bottom transforms matters – or green pesto, homemade chutney, mustard, sriracha, BBQ sauce – you want to get some sweet or heat (or both) in there to mix in with the melting cheese.

Then you need to think about the cheese itself – flavour and texture. It’s often a good idea to combine a nice ‘melty’ cheese such as Mozzarella or Gruyere with a punchier flavour like Cheddar or Stilton.

Onions are a great addition but favour sweeter red or spring onions and keep the slices thin. In fact, thin slicing of everything is key – chunky fillings won’t heat through very well and will make your sarnie too bulky.

Add sliced chillies for heat, or some chopped up pickles for extra tang. Fresh soft herbs such as basil or coriander add fabulous perfume.

I like to add a meat element but veggie creations are still ace. Thinly sliced deli meats and salamis are brilliant – but so is leftover roast meat or even fajita filling.

Don’t rush the cooking either – a fully loaded panini will need maybe 8-10 minutes to cook through and for the cheese in the very middle to melt. And don’t be tempted to squish the press down to speed up proceedings or you’ll end up with something flat and dense with the cheese splurging out everywhere!

Why not put out a platter of ingredients and get the family to create their own masterpieces. Any if you don’t have a panini press, you can use a dry non-stick frying pan – it takes a little longer as you can only cook one side at a time but the results are still delicious!