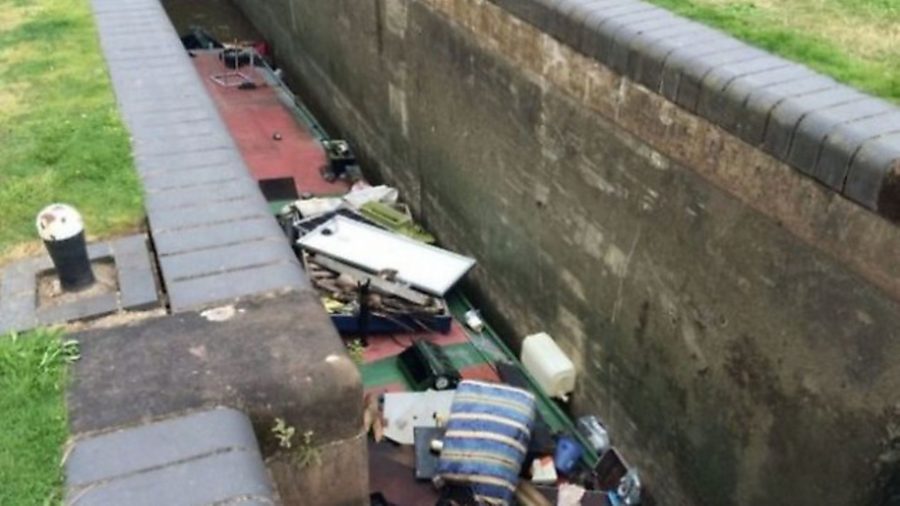 Alan Green drowned as he climbed back into the cabin of his sinking boat, which had become trapped in a lock, to rescue his mother’s handbag

The death of Alan Green, 49, was the result of an accident, an inquest at Worcestershire Coroner’s Court has ruled.

In July, Mr Green was navigating through locks four and five on the Droitwich Junction Canal, when his rudder became caught between the closing bottom gates. As the trapped boat began to sink in the rising waters of the lock, he saved his mother and dog.

He then went back to retrieve a handbag containing medication and a substantial amount of money, intended to buy a new boat, but could not get out of the cabin as it filled with water.

Mr Green’s friend Steven Sidaway, who had been passing at the time, and Barry Cowlyn opened the paddles to bring the water down and attempted to get Mr Green out of the boat, but were unsuccessful. The coroner described them as “courageous”.

Paramedics of the West Midlands Ambulance Service were unable to resuscitate Mr Green, and he died at the scene.

Tony Stammers, head of health and safety at the CRT, said after the inquest: “Mr Green’s death is tragic and our thoughts remain with his family and friends.

“Incidents like this are very rare on the nation’s canals. We’ll continue to work with boaters, experts and local communities to ensure the waterways can remain safe and enjoyable places for people to visit.”