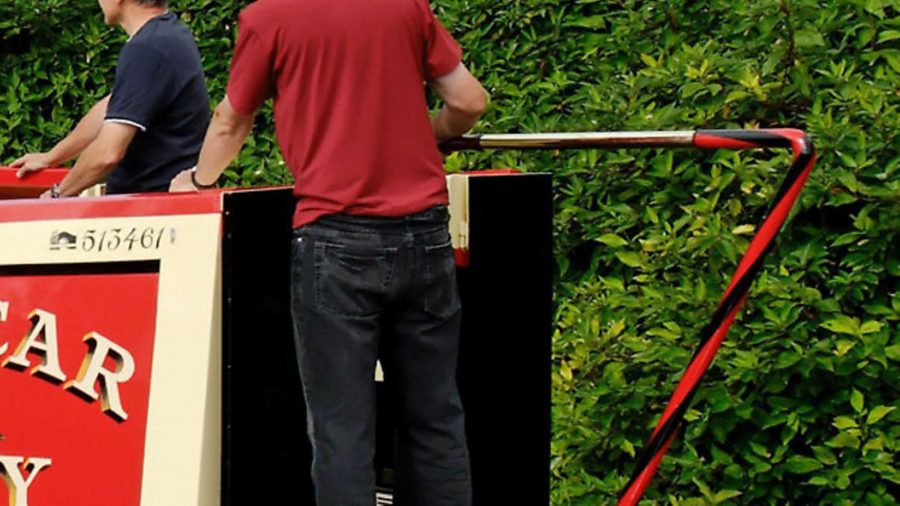 Don’t worry if you’ve never been on a canal boat before, you don’t need a licence, the basic skills are easy to pick up and there is no test to pass.

If you are hiring for the first time, most companies will give you training on how to steer your boat, daily checks, operating locks and safety instructions before you set out on your own.

You’ll also find that the controls of a boat are very simple to operate: a throttle to apply power in forward or reverse and a wheel or tiller to steer left and right.

River cruisers and Dutch barges are relatively straightforward to steer and usually have wheel steering which will be reassuringly familiar to car drivers, but you do have to bear in mind that boats on the water react more slowly than cars do on the road, so you need to think ahead more on the water – and they can take longer to stop, too!

Narrowboats are a little different because they are steered from the rear by a tiller. Unlike a car’s steering wheel the tiller operates in the opposite direction to the way you want to go; push it to the right to make the boat swing to the left and vice versa – this might sound confusing at first but don’t worry, you soon get the hang of it.

Many boats, especially narrowboats, take a little while to respond to a steering input and keep swinging due to their momentum even when the wheel or tiller has been moved back to the centre, so it’s best at first to make small steering inputs and learn to anticipate the boat’s movement – or lack of it – but again that comes very quickly.

If a particular manoeuvre goes wrong don’t panic, just straighten the boat up, have a quiet rethink and try again. Don’t worry, though, again it comes quite naturally with a little practise.

Most boats are powered by a diesel engine controlled by a single lever that alters engine speed and a lever or button that selects forward, neutral and reverse; again, it’s very simple to use; select forward gear and then throttle forwards to go faster, much like an accelerator on a car, and backwards to slow down, and select reverse gear when you want to go backwards.

Most canals and many rivers have a speed limit of 4 mph, but people generally travel at 3 mph which is about an average walking pace – after all, why hurry, you’re out on the waterways to enjoy yourself! Although boats don’t have speedometers, you must observe the speed limit, though, because the wash from a boat destroys the banks and silts up the canal; not only that, but too much wash will bump other boats around and make you most unpopular – especially if you spill someone’s freshly poured G&T! So do leave plenty of space and slow down if necessary when you pass moored boats.

As you glide gently along the canal you’ll find your boat will steer more easily and travel more quietly in the deeper water which is usually in the centre, so if there are no other boats coming towards you, that’s the place to be. When it comes to bends, the deeper water tends to be on the outer side of a bend, so try to avoid cutting across the shallower corners.

You’ll also find that due to water movements and canal bed shapes, a boat will not always keep going in a straight line even when the wheel or tiller is central and you need to make frequent small steering corrections to keep going straight; a tip here is to stand right on the centreline of the boat if you can and use the point of the bow as a ‘sight’ to help you aim.

If you should need to overtake another boat, pass it on the right-hand side just as you would on the road, and if another boat is coming up behind you it’s only polite to see if they want to come past. If so, move over to the side and slow right down to let them through.

If you need to turn around and the canal is narrower than your boat, there are turning places every few miles, known as ‘winding holes’ (pronounced ‘wind’ as in weather), where you can turn on a sixpence.

You can stop for the night almost anywhere along the canal bank (towpaths are owned by the navigation authority, usually British Waterways), except where prohibited by signs or where it is unsafe, such as on a bend or close to a lock. Riverbanks, however, are private property, so mooring, except in designated spots provided by the navigation authority or a boating association, is at the discretion of the landowner. Local farmers are often obliging with many having ‘honesty box’ oil drums buried in their field. Respect their property and don’t leave litter, especially anything that could harm animals – and please do respect the honesty box!

To moor, slow down, aim towards the bank at about 30 degrees and as you come close, say five or six feet, steer gently away so that the boat continues approaching the bank but begins to straighten up, then engage reverse gear to slow you down and with luck and practice the boat will come to a stop parallel with the bank and close enough for you to hop ashore and tie up securely to the mooring pins you’ll be carrying.

Some boaters worry about mooring in urban areas though often these are safer (if noisier!) than more suburban locations. If in doubt, use official visitor moorings, ask the advice of nearby boaters or speak to a local BW office. For security tie the mooring lines on the boat – some boaters carry chains and locks for secure mooring in ‘dodgy’ spots.

If you are mooring on a busy river or canal, you can use additional ‘springing’ lines to hold the boat steady and stop it moving with any turbulence. Run one forwards from the stern and another back from the bow, crossing them over before tying off against a mooring ring or spike.

While these are just a few pointers to show how easy boating is, there are a number of companies who offer much more detailed one- or two-day training courses if you want to get even more out of your boating.