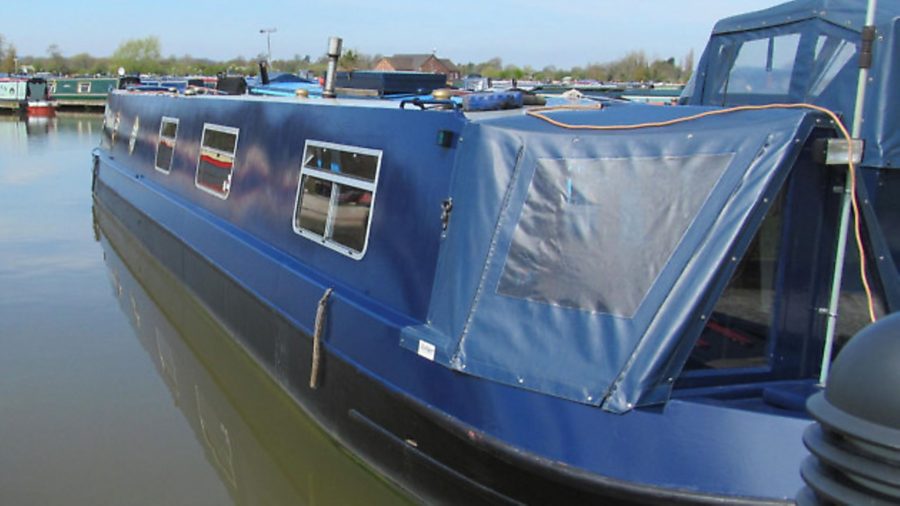 If you love your boat but wish it had a bit more space and don’t want to buy another, you could consider the option the Casbolts took – they had Meander stretched by 10ft. Here’s the story of how they got on and what it cost…

We sailed a yacht in the Mediterranean for several years and when the seas became too strong for us, or we became too old to cope, we decided to change to the inland waters.

Our first narrowboat was a 45-footer called Meander which we bought in January 2009. It was 19 years old and really needed some money spending on it to bring it up to scratch. We replaced the stove, side-hatch doors, stern hatch, fresh water tank and many water pipes; the engine was overhauled and the propeller shaft, driveplate and the engine mounts were also replaced.

A new bed was installed and the outside painted before we set off to explore the inland waterways. We were used to living on our yacht for roughly six months every summer with the odd visit home and our plan was to do the same on Meander.

Having spent several thousand pounds getting her comfortable, we found after a couple of years that we wished she was just that bit bigger. To sell her so soon would mean losing all the money we had already spent, so we listed the items we wanted and they narrowed down to:

• A dining table that would convert into a bed for visitors.

• A couple of comfortable armchairs.

• Bigger porthole opening windows in the bedroom and bathroom.

• A light and airier feel.

After some research and lengthy discussions, we decided to have her stretched by 10ft. We were very aware that the success of such an operation was down to the welder. With this in mind, we chose Danny Shakeshaft at Swanley Bridge Marina at Nantwich.  We booked to have the work carried out in early 2013. All being well, she would be ready for Easter.

We took home a few items and packed the remainder into wardrobes in the cabin. Then we cruised to Swanley and left her in the capable hands of Danny the welder, John the joiner, Sandra the electrician and Eric the engineer.

Meander would now be sliced in half, new steelwork would be welded in and the outside painted to match. John was the first to start the work by stripping away the wood and lining on the inside panels, floor and ceiling.

A few days later she was moved into the shed and Danny prepared to cut her in half; but first he had to rigidly brace either side of the cut line to prevent any hull distortion.

When I first saw her cut in two, my heart sank and I wondered if she would ever float again, but Danny and Eric were empathetic and reassuring. The metal at the bottom was mostly 10mm thick, the sides 6mm and roof 4mm, which reassured us that she had been built soundly. The mating surfaces were ground to a V part-way through to make the weld run deeper and the join stronger. It was fascinating to see Danny’s work.

With the welding finished, a surveyor came to check her over at the request of our insurers.

Meanwhile, the lining of oak-faced ply arrived and we were very pleased with it. Back at home, I cleaned the cratch cover and chose new carpet. I also bought two comfortable recliner armchairs and footstools for the saloon. I was getting optimistic for the future. Meander was then moved into another shed where David took some photos and we had to mark out exactly where, and how big, we wanted the interior fittings.

The interior lining was complete and the side panels in place, but the existing electric wiring turned out to be a mess. There were disused and old wires running alongside the current system, and these were out of date with old, thin wires; it was surprising we hadn’t had a fire as a result. All new wiring, a new electric consumer unit and a change-over switch were fitted.

The extra length meant we could have two more saloon windows. The existing pair and their frames were to be reused, but they were darker than the new wood; thankfully, John said he would sort it.  For a while progress was a little slower than we would have liked. Some of the interior wood lining was in place as were two of the saloon windows. I feared that our new-look Meander would not be ready for Easter.

We were, though, pleased with the standard of work and took our friends Jeff and June along to measure up for curtains. It then became the norm for us to visit every week. The carpet man was supposed to meet us to measure, but cancelled at the last minute and it looked as if we would not have the carpet until after Easter.

On our next visit, we arrived as usual and went to the shed – but there was no sign of Meander there… then the painter informed us that she was back in the water. Hooray!

We hurried to the marina and there she was. We were amazed at what we saw; the portholes had been enlarged and could now be opened to let in some fresh air, the new stretch piece had been primed and all the windows were in. The only disparity on the outside was the colour of the paintwork.

We went inside and received an even bigger shock because the walls and ceiling had been completed apart from a small piece of ceiling, and the 240-volt and 12-volt sockets were in place. It was amazing. The bedroom and bathroom potholes were now much bigger and the extra light made the bedroom seem so much bigger. We were on a high for the rest of the week – she looked beautiful both inside and out.

Finally, the carpet fitter came and measured up. We saw little change this week and our hearts sank again until we met Eric and he assured us that John was working on the furniture and fittings. We left and I could now almost visualise all fittings in place.

The surveyor’s report arrived, which made excellent reading, and was sent off our insurance company. We also bought the new curtain and upholstery materials and Jeff and June set about their work on them. But Easter was approaching and completion was looking unlikely. Meanwhile, David cleaned and painted the bilges as much as possible.

On our next visit to see what was happening, we were very pleased with the installation of one of the dinette seats, but we were concerned about the depth of the seats. David telephoned the joiner and we arranged to meet him the next morning.

It took another six weeks for everyone to finish off the various bits and pieces; for example, the circular window in the bathroom leaked and had to be removed and repaired. During this time we also rubbed down the old exterior paint and gave the boat two coats of new paint, with the intention of adding the final coat a month later.

With the work finally complete six weeks after Easter, we left Swanley to go cruising. A few weeks later we returned to the marina office to see Danny, Eric, John and the office girls. We took them a few small thank you gifts and they all came on board to see the final result. They were as pleased as we were and then we continued onwards with our summer cruise.

Everything came in as estimated (see right) and after four months’ summer cruising, we couldn’t fault anything.

We love our new Meander and our overall conclusion is that stretching is worth considering if you are looking for a longer narrowboat.

Enjoy this article? Why not subscribe to Canal Boat at www.subscriptionsave.co.uk/Leisure-Magazines/Canal-Boat