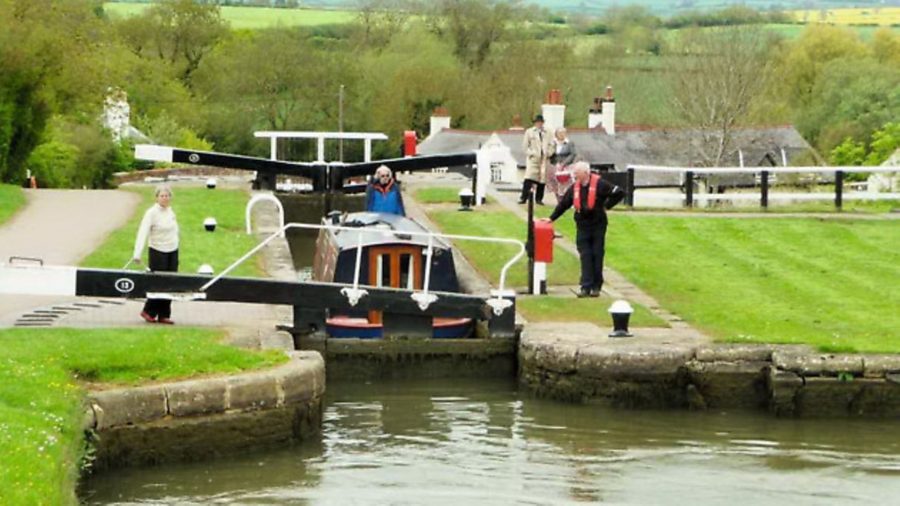 Boating had been part of Carole’s life for some years but, after she received a small legacy, she was able to buy a 30-footer of her own and go single-handed

I’ve always agreed with Ratty (in The Wind in the Willows) that “There is nothing – absolutely nothing – half so much worth doing as messing about in boats.”

Newly married and living on the South Coast, we had both river and sea close by, and friends had a little day-cruiser moored on the River Arun. Many a Sunday was spent cruising (weather and tides permitting) with a sociable pint or two in the pub afterwards. It took my husband no time at all to decide he wanted a boat of his own. We bought a kit from Bell Woodworking in Leicester, moved the car out of the garage and took up boat-building. Small enough to fit on the roof of our Triumph Herald, our Mirror dinghy saved us the cost of buying a trailer, and we proudly took her down to the river to launch. I was pregnant with our first baby by this time and my husband named the boat after me. She was called Puddin.

So our son took to the water before he was even born, to my mother’s horror. She said: “You can’t go sailing in your condition!” But why not? We bought a second-hand Seagull outboard from the local boating lake to cruise the river on calm days, and although I did find it hard carrying the boat over the shingle beach, I loved taking her on the sea.

Our next purchase, some years later, was an Avon dinghy, which, with the Seagull engine on the back, was wonderful for holidays. We trailed her up to the Lake District and Scotland, motoring out to explore little islands that most tourists couldn’t reach.

It was a logical step from there to hire a narrowboat for a holiday on the canal. We impressed upon the children that lifejackets must be worn whenever they left the cabin, and set off for our first long weekend. Within hours, our eldest had fallen in. We fished him out, dried him and found him dry clothes but it wasn’t long before he fell in again. It became part of the holiday to look out for his little orange lifejacket floating past, and for Sunday lunch at the pub he wore pyjamas as we had run out of clean clothes! It didn’t put us off boating – we just took more clothes next time.

Three years ago I bought a narrowboat of my own. It was a bit of an impulse purchase really. A small legacy was burning a hole in my pocket and I was sure there were better things I could do with it than buying stocks and shares.

My 30ft dream boat, christened Dream Wanderer by her first owners, was small enough for me to handle alone, but with four berths so my grandsons could stay on it too, and I fell in love. I pictured myself cruising quietly down the canals admiring the scenery, evenings spent sitting on deck with a glass of wine, watching the sun go down. Heaven!

Well, the road to heaven was paved with interesting experiences. There was something I hadn’t considered…

Whenever we hired a boat, my husband drove and I did the locks, so my driving skills were minimal to say the least, and now I had no driver. There again, how difficult could it be? I planned a simple trip for my first outing. I would turn right out of the mooring, drive half a mile up the canal, turn around in the basin and come back. But the mooring is on a rather draughty section of the Trent & Mersey and the wind firmly pushed me left instead of right, so with no choice in the matter, I went left. This wasn’t going to be as easy as I thought.

Now I was faced with my first lock and I was all alone. I tied up on the lay-by and stepped ashore to consider a strategy. I got chatting to a chap walking his dog, and didn’t notice I had left the boat slightly in gear. She slowly crept away and her mooring rope, being well past its natural life, parted quietly under the strain. I was blissfully unaware I’d lost my boat, until the man abandoned his dog, took a flying leap across the gap and grabbed another rope to throw to me. How embarrassing! He offered to help me through the lock, but I couldn’t face it. I turned the boat around, taking half the hedge with me, and headed for home.

But things improved, even my driving. I bought a set of new mooring ropes. I learned to do a lock all by myself, but found that more often than not some kind boater would notice I was alone and help out. Sometimes I could go up and help do the locks for other folk. I bought new curtains, a new shower and loo, and took friends up and down the cut for pub lunches and picnics.

My little engine was a 9hp single-cylinder Penta, maybe off a dumper truck in its previous life. Now, if you were lucky enough to start it, it ran sweetly enough, but you weren’t always so lucky. Friends invited for a boating day soon learned to bring jump leads in case they were needed. Eventually, after spending vast sums of money trying to overcome this problem, I gave up and ordered a new engine. So now, with a boat that started first time, every time, I could think of going further afield.

This summer, my boat and I have been up Foxton Locks, through some big dark tunnels and out on to the Thames. We dodged the rowing boats to have a look at Henley, came back up to look at the Kennet and do a turf lock, then wound our way up to the green fields (and cows) of Lechlade before coming home.

I have met some lovely people, seen some amazing wildlife and had some memorable experiences, but best of all, my grandsons are now learning to drive a boat too.

For your chance to receive £100, tell us about the boats – or just the boat – in your life. Your story should be about 1,000 words and must have suitable photographs. They can be prints, transparencies or high quality digital (that means at least a 5 megapixel camera set on its highest resolution). Write in or email to editor@canalboat.co.uk. All photos will be returned. What’s more, we pay £100 for every story used.

For more on ‘Me and my boats’, see below:

The ying and yang of boating

The Voyages of Weasel

The story of a liveaboard

Swapping the Canal du Midi for the Kennet and Avon