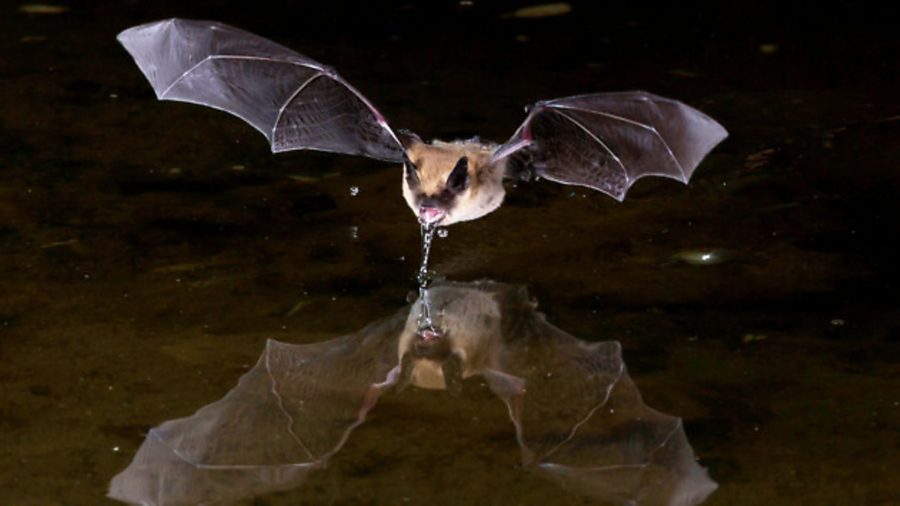 The tunnels, bridges, aqueducts and surrounding countryside of our canals are packed with balletic bats just waiting to be seen as the sun sets. The summertime is full of opportunities to catch a glimpse of these glorious creatures as they swoop and soar while they catch their food on the wing. We’ve accumulated a list of the eight species we think you may be able to spot from your boat this season.

With three types of breeds – the common, the soprano and the Nathusius’ pipistrelle – this bat is the most widespread species in the UK – so you’re likely to have seen one before. Brown in colour, with dark furry features, these bats feed on small flies and aquatic mosquitoes and can often be seen flying up to ten metres above the canals while searching for insects. The common and soprano breeds are very well adapted to roosting in man-made structures and the Canal & River Trust have reported that the Pontcysyllte Aqueduct is home to a pipistrelle bat roost.

This bat is the UK’s only water specialist and it can be distinguished by its reddy-brown fur and pink face. Their flight is described to be similar to that of a small hovercraft and they are often spotted a few centimetres above the water’s edge where they like to prey on small flies, caddisflies and mayflies. This species is widespread across the UK and can often can be found roosting in the tunnels and bridges over canals.

With its narrow, pointy ears, pink face and white stomach, the Natterer’s bat is quite distinctive. They can usually be found flying high above trees and water, however you’ll have to look carefully as they become much more scarce, the further north you go. Despite their name, they are a very quiet species and you are unlikely to hear their call.

As one of Britain’s most sizeable species, the serotine is 50mm in length and has a wingspan that can reach up to 380mm – perfect for preying on chafers and dung beetles. They can be recognised by their dark brown fur, black face and rounded ears and will often fly at tree-top height. You’re more likely to find the serotine species in built-up areas as they are building dwellers and you will rarely find them roosting in woodland.

This is one of Britain’s smaller bat species and they are distinguished by their dark grey or brown shaggy fur. They are fast and fly at a height of 20 metres – so blink and you may well just miss them. The whiskered bat is a crevice dweller and can be found roosting in buildings. You are most likely to spot this species if you are cruising in England, Wales and Southern Scotland.

Easily identifiable due to its mushroom shaped tragus and broad brown ear, the noctule bat flies in the open, above the tree tops and roosts in woodlands. Similarly to the serotine, the noctule bat is also one of the UK’s largest species and you can recognise their call due to the loud, metallic chirping sound it makes. This species is most commonly found in England, Wales and Southern Scotland.

The greater horseshoe bat is the size of a small pear (so quite large for a bat) and they are brown with a horseshoe shaped nose – hence the name. They behave similarly to fly-catchers, are low flying hunters and you can find them roosting in caves and buildings. The horseshoe bat likes to feast on chafers, dung beetles, craneflies and caddisflies – all commonly found on the waterways. You are likely to see one of these bats if you are cruising in south-west England or south Wales.

This is one of the rarer British bats and can be recognised by their pug-shaped nose, broad ears and dark fur. They are fast, energetic flyers and they like to drink from ponds, lakes, rivers and canals. The barbatelle roosts in building crevices and tree trunk cracks and it likes to feast on moths, beetles and flies, but you will have to look carefully to find them.

If you are looking for further information on how to spot bats, the Canal & River Trust has some great advice here.