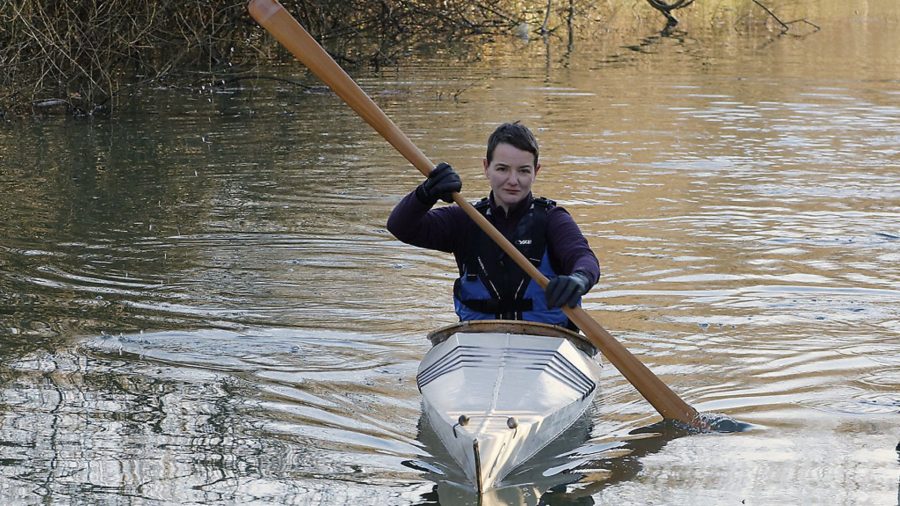 1. What first attracted you to the waterways?

The Oxford canal was the first I regularly visited – as a student, I’d walk out of the city to find new perspectives on the dreaming spires, and the peaceful environment gave me time and space to develop my ideas, and relax away from the pressure of studies.

2. Which is your favourite waterway?

I’m from the north and I do like a view of hills – not only for their beauty, but also the amazing engineering they generate: waterways going across gorges, like the Marple aqueduct on the Peak Forest Canal, or through mountains, like Standedge Tunnel (Huddersfield Narrow Canal). The Peak Forest Canal is my favourite waterway.

3. What do the waterways have to offer the country?

As the country is increasingly crossed by roads and railways and contrails, these vestiges of a former transport network ironically now offer green corridors for nature and leisure and relaxation – all too scarce these days.

4. Where will your new Canal Laureate role take you?

I will be travelling around the UK exploring the 2,000+ miles of waterways looked after by the Canal & River Trust and writing poems in response. I’m particularly excited by a planned trip along the 162 miles of the Desmond Family Canoe Trail, which goes coast-to-coast from Liverpool to Goole.

Meeting people who live on the waterways and volunteers and hearing their stories. I also enjoy the challenge of responding to the canals in words – there is a great tradition of English poems about rivers and the sea, but the canals are a relatively new subject for a writer.

6. How was your time in Greenland and Iceland

Inspirational! In Greenland, I was writer in residence at the most northern museum in the world, on the island of Upernavik. It was amazing – and challenging – to live in such a remote place in the depths of winter. It was also devastating, to see environmental change up close and the impact of it on the lives of the islanders. And Iceland is a magical place – as anyone who has been there will know. In response to these travels, I wrote a book of poems, Disko Bay.

7. What’s your mode of transport on the waterways?

A kayak – or very occasionally a canoe. One of my missions as Canal Laureate is to teach the world the difference – like poetry and prose, they’re quite different ways of approaching the same thing.

8. How important is conservation?

Very. In the UK we are lucky in that we are not yet experiencing severe consequences of global warming, as the Arctic or the small island nations of the Pacific are. It’s essential to remain hopeful and believe individual actions can make a difference, but conservation needs to be a priority at the highest level of government too.

9. Tell us about your boating experience…

My experience of narrowboats since becoming Canal Laureate is mostly as poetry venues! We did readings on MEGAN and TINKER’S LEEN on the Nottingham-Beeston Canal during Light Night, and in March I launched a short film on FIODORA in Little Venice. Now I’ve discovered boats that make wonderful intimate performance spaces, I’m looking forward to actually getting behind the tiller, too.

10. What is your proudest achievement?

Boarding a plane to Greenland. I’m a very nervous flyer, and flying through midwinter storms at 72 degrees north in a tiny propeller plane would test even nerves of steel. I never thought I’d make it safely home – but I am glad I challenged myself, because of the work I was able to make following my experience of the Arctic landscape.

Yes, often! In fact, falling in was almost first thing I was ‘taught’ to do in kayaking. I was impressed by the fact that knowing how to fail – or at least how to recover from it – was built into the activity.

At the moment I’m reading ‘Swims’ by poet Elizabeth-Jane Burnett, a beautiful book which documents twelve wild swims around England and Wales.

13. Who would be your ideal cruising companion?

Jasper Winn, the C&RT Writer in Residence. His last book ‘Paddle’ describes a perilous sea kayak journey round the coast of Ireland – I hope we could avoid such dangerous waters! I cycled the towpath of the Regent’s Canal recently with Jasper, and I can’t think of a nicer person to share a beer with at the end of the day.

14. What’s the best time of day to be on the waterways?

I’m an early riser so first thing in the morning, when the day is fresh and the canal isn’t too crowded.

A Royal Navy radio operator. I guess what I’m doing now ticks some of the same boxes…

16. What other interests do you have?

I relax by cooking (nothing too fancy) and practicing t’ai chi.

17. What do you think of people on the waterways?

Everyone I’ve met so far has been warm, and willing to share knowledge. Like writers, many people on the waterways are slight outsiders by nature, a bit unconventional perhaps – we get along well as a result.

Just what I’m doing now: adventuring and writing about it, and perhaps with a little bit more time for reading.

19. Where would your dream cruise be to?

Many of my friends live along the Rochdale canal, an area which is rich in poets as well as canal boats – the well-known nature poet Ted Hughes grew up at Todmorden. I’d love to do a journey along the whole canal, enjoying the dramatic views by day and conversations about books and boats in the evenings.