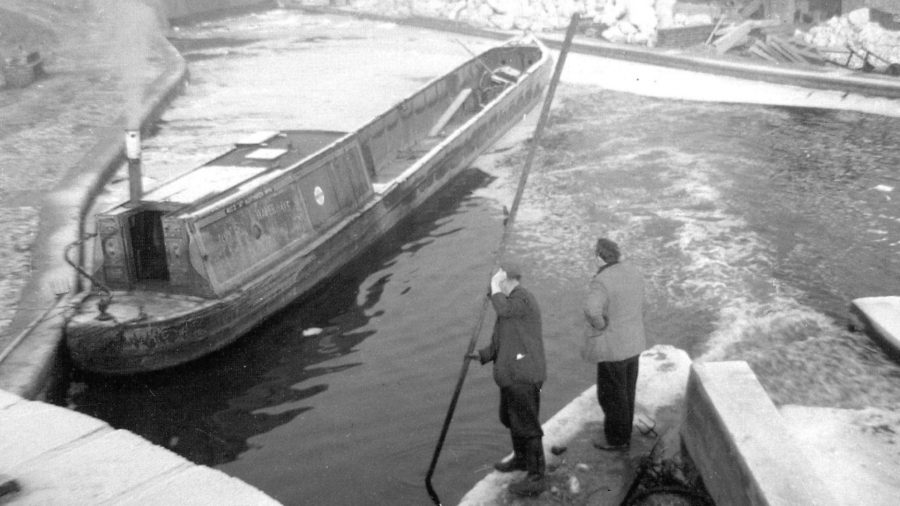 “Now that transport is so vitally important, a great deal of attention is focused on the canal and the traffic of the barges.”

“Who’d have thought it was a day in March and barely a train’s length away from Paddington Station? British Waterways call it ‘Little Venice’.”

“Now the canals are a source of pleasure to the many who refuse to let them die.”

“Barges in full war paint, decked out in the fresh, glowing colours of self-taught artists.”

“It’s hard work, certainly, but it’ll all seem worthwhile when they’re sipping a cool drink on the steps of a canal-side pub.”

“Forget about everything but the serenity and beauty of nature.”

“How do you and how did you lift a canal barge 50-foot to another waterway? The answer: the old and now unique Anderton Barge Lift.”

“In my young days there’s was one job no girl would have touched with a barge pole. Being a bargee was looked upon as a pretty tough job even for a man! That’s all altered now except for the hard work and Audrey, Anne and Evelyn can hold their own even with the old timers.”

“If we could only find the time to stop and watch him, he could teach us – in his quiet and uncomplaining way – many lessons. He can show us the dignity of doing even humble, humdrum tasks with patience and loyalty.”